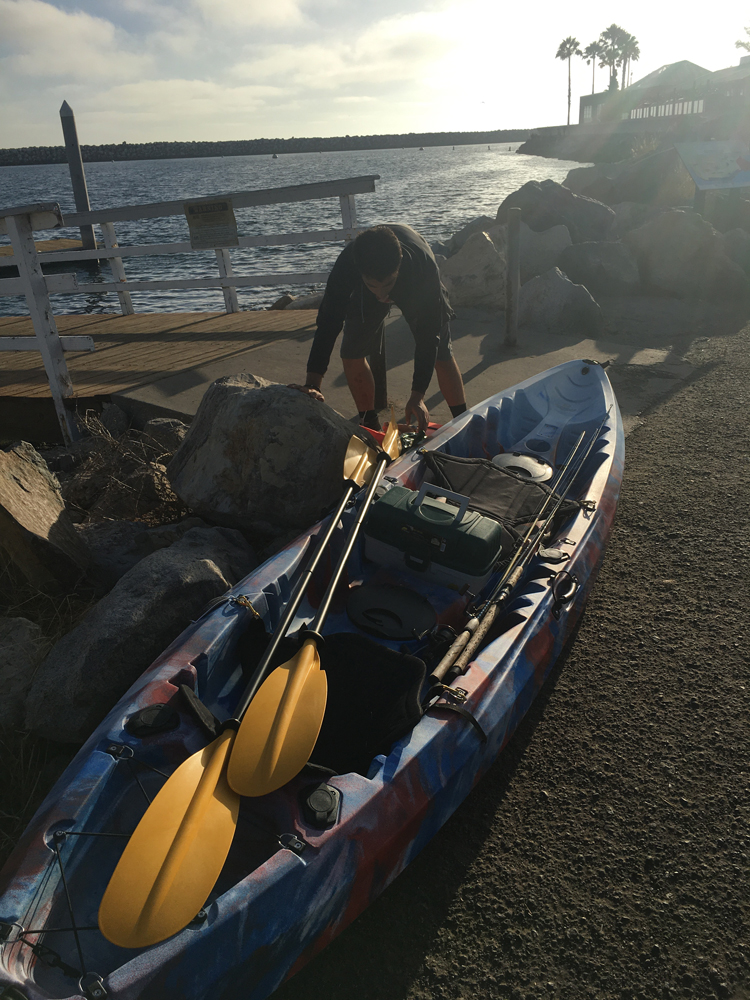 The other day, I bought a two-man kayak so I can go ocean fishing with my 15-year-old son. The day I purchased it I was able to get off work a little earlier than usual to give it a try.

I have never been kayaking before, especially in the ocean, so I had a few hesitations since I was going to be doing something for the first time. Along with logistics like transporting the kayak and successfully balancing in the kayak, my biggest concern was being dinner for a great white shark.

One experienced ocean kayak fisherman I know, told me he has had two encounters with a great white.

One was an 8-foot juvenile, but the other was a 15-footer who intentionally bumped his kayak to test if he would be a good meal or not.

Since my biological father died at sea while fishing on his surfboard in Hawaii (most likely from a Tiger shark attack), I have had my concerns about man-eating sharks.

Once we launched into the harbor of Redondo Beach and settled in, all irrational fear subsided.

The gentle breeze, the lapping of the water against the kayak, and beautiful sunset had a way of putting me in a relaxed state.

Not to mention the fun my son and I had trying to figure out how to operate the kayak, being surprised by seals popping up in front of us every 5 minutes, and trying to land the two fish we hooked.

After our trip I was reminded of how fortunate we are to live near the ocean.

'Blue Space' - living near a body of water such as the ocean has tremendous benefits to your health.

Studies have shown that coastal living is linked to better mental health and well-being. Spending time in or near the ocean puts you in a better mood.

A recent study in Neuroscience News & Research showed there was a 20% reduction in poor mental health for those living near the coast compared to those who lived further away.

Another study demonstrated that living near water reduced the risk of premature death by 12%-17%.

Whether you live near the ocean, lake, or some other type of wetland environment, your health will benefit if you spend time in the 'blue space,' as stress and negative feelings dissipate near the water.

Carve a little time out this week from your busy schedule and get out in the 'blue space.' 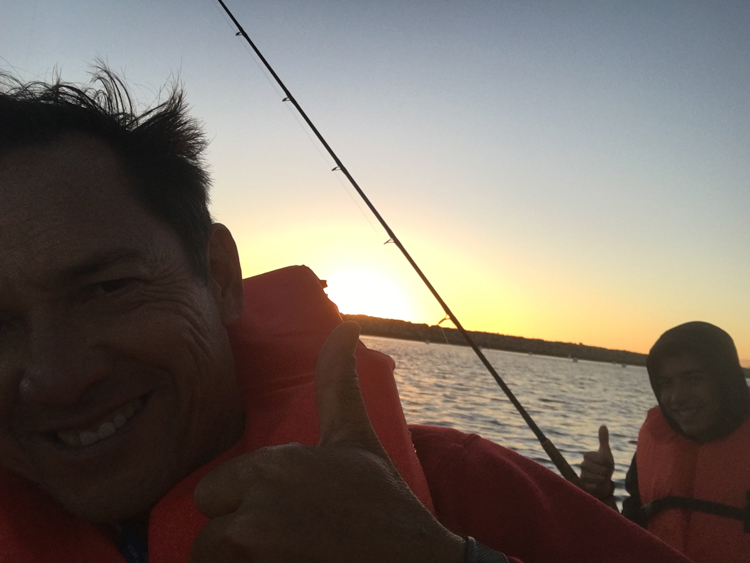 Saturday
By Appointment Only